I gave a talk on Monday night about physics and was a bit at a loss of how to describe myself, professionally speaking. I’m not a physicist anymore, I lost that label when I finished up my last job with no intention of returning to physics research. It’s weird after ten years of having a noun and an affiliation to fall back on to float free, but I’m so happy to be starting a new chapter on my life.

And that chapter starts today, with my first day at my new job. I’m not a physicist anymore, I’m an outreach assistant, getting to devote myself fully to STEM outreach in exchange for money. As a bonus, my new job is just across the road from my old physics job, so it’s a good excuse to keep in touch with friends, something that does not come easily to me.

Of course a job means a commute, and a commute means train knitting! I have plenty of WIPS I could work on, but decided to treat myself to some sock yarn and cast on something new. I got some Schoppel-Wolle Jeans Ball, which I hadn’t come across before. It’s a little more sedate than their delightful Zauberball offerings, but still with a bit of interest. I got the green colourway, which looks a bit like a sprout to me. 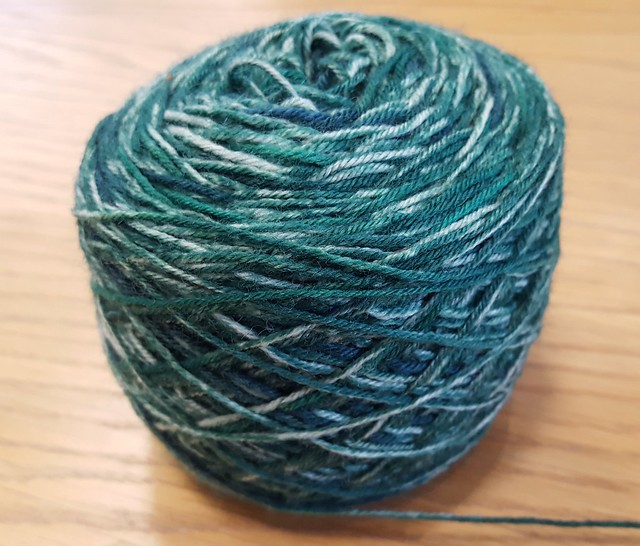 My phone isn’t great at picking up the colours here, but think fresh sprout rather than overboiled sprout!

Pattern-wise, I wanted something with enough interest to keep me engaged but something that would be doable on a crowded train, so I went with Boddam. The pattern is based on the gansey traditional knitting patterns, which is something I’ve never tried before. From my limited knowledge, ganseys are pretty much the next door neighbours of aran jumpers, knitted on British island communities and worn by fishermen. You can read a little bit about the similarities and differences here. 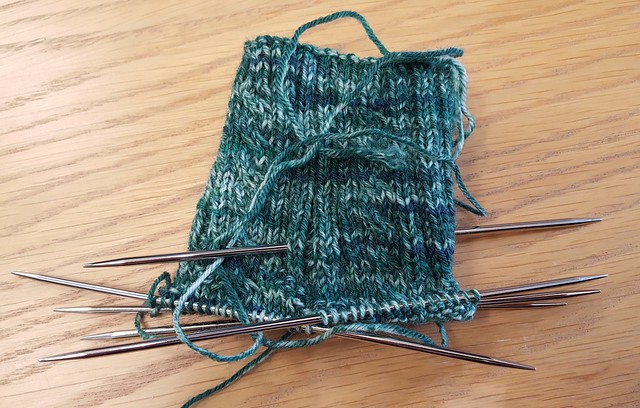 I’ve already cast on and finished one cuff (because nobody wants to cast on on DPNs on a train), and am about to embark on the leg. It’s worth also noting the lovely bag these socks will travel in, which was given to me by my lovely co-blogger Cathy. 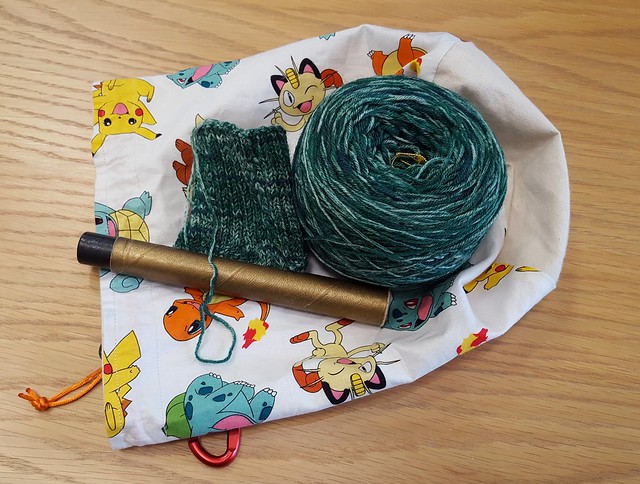 One thought on “Recovering Physicist”